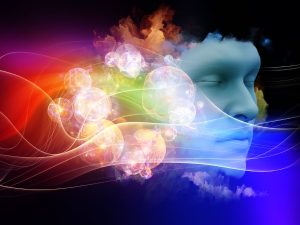 Do you believe that if you continuously send vibrations out into the universe, they will meet ‘like’ vibrations and attract those things into your life?

It doesn’t make sense to me when I hear people talk about the Law of Attraction like that, however I do believe that when you make a firm decision to make something happen in your life, you will put into motion whatever it takes to make that thing happen.

Though one could say that the phrase “put into motion” is still just as abstract as the Law of Attraction as explained by some people. And a critical thinker, it’s hard for me to simply follow most definitions of the LoA. So in this article I decided to put my critical thinking cap on and give you a new definition of the Law of Attraction, and it’s more of a practical outlook than a “law”:

When you want something bad enough, every thought will have a seed of what you want inside of it. This causes you to continuously plan your life to include whatever it is you want.

This doesn’t mean it will magically appear, even though it can be uncanny sometimes, but it does mean you will notice opportunities you didn’t notice before. You will also be continuously causing your subconscious mind to formulate new ways to get what you want. When you make a firm decision to want something no matter what, you will eventually make it happen, making it appear as if the planets aligned and the universe materialized it. This can definitely feel like a magical event, as things do seem to fall into place.

But how about this… How does an ex boyfriend or girlfriend know to call you the day after your divorce is final? How does the perfect job appear a week after you get fired? What about the other things that materialize that seem to have no help from us whatsoever? Is there something going on beyond logic?

In a world where anything is possible, it’s impossible to say that something as yet undiscovered doesn’t exist, in some form, somewhere in the universe. In fact, the reason we can’t prove or disprove certain things in our universe is what keeps us creating beliefs like the Law of Attraction, and religious and spiritual teachings. It is what we don’t know that we feel compelled to label.

What we don’t know, we really don’t know. I mean, are we attracting people, things, and experiences into our lives? I’m pretty sure we haven’t figured out every single method of communication out there. From the birds and the bees, to the flowers and the trees, there are multiple levels of communication between same and different species of both plant and animal. It’s because we don’t know every method of communication that we can’t dismiss that somehow the message that ‘I just lost my job’ could mysteriously reach a former employer who called me to offer me a job the very next day. When things like this happen once, you could call it a fluke, or a coincidence. But after it happens quite a few times, you do begin to wonder.

The Law of Attraction is a buzz term for something else going on in the world. Using critical thinking, we want to know what is happening and why it happens. Of course, many people can’t get past the term Law of Attraction, so they don’t even explore what is creating that belief in the first place. They might say, “Oh, that’s just woo-woo stuff, that’s not real.” In fact, I know some people say that, because I used to say it.

An overused buzzword should not deter further investigation of what is causing people to believe in it however. What you find may not be like-attracts-like, but perhaps a stream or flow of messages that always land in the right place at the right time.

Who knows? Maybe we get every message from everyone, all the time, but we only receive the ones that we focus and open our minds to. This, of course, is an abstract concept once again, but wouldn’t it be interesting to think that if you believed in this stuff just a little bit, that you might get a message yourself?

I wouldn’t have even thought about this had it not been for the repeated coincidences that keep happening in my life. Even today I sit here, 3100 miles from where I was just a few days ago, my best friend from high school, whom I’ve had no contact with for many, many years, finds me in Facebook and tells me he’ll be in New Hampshire in 2 and a half weeks. He didn’t know I was here, but just reached out to me to say “I found you!” And I just happened to be where he’ll be in a few weeks.

Should I chalk this up to one of the many coincidences that keep happening to me? Or, should I open my mind a little more and see what other messages seep in? Are the Law of Attraction folks on to something?

No one person can tell you absolute truth, because no one person knows it. I may not believe in the Law of Attraction, but I do believe when you decide to make something happen no matter what, you’ll make it happen. Philosophies like this are abstract, and lacking real evidence to their existence, but the results don’t lie.

And if something works for you, then maybe it doesn’t matter what you call it. As long as it works.

I had heard about “The Secret” for some time, and finally got the audiobook and corresponding movie. I agree with many aspects of the film, although I don’t necessarily agree that if you just sit and meditate about a new car, one will magically drop from the sky and land in your driveway. Rather than just believing that thoughts become things, I believe that thoughts can lead to choices, choices can lead to actions, and actions can lead to results. That interpretation, IMO, is a much more practical view of the Law of Attraction. I don’t discount that the Law of Attraction works for many people, but a much more plausible explanation may be that people with a more positive outlook on life’s possibilities are taking actions that lead to success and abundance, be it consciously or unconsciously. In that respect, I find certain aspects of “The Secret” to be quite inspirational.

I agree with everything you said. The Secret was a motivational work that inspired millions. The people who took action attracted what they wanted into their lives.

wpDiscuz
2
0
Would love your thoughts, please comment.x
()
x
| Reply
You are going to send email to
Move Comment