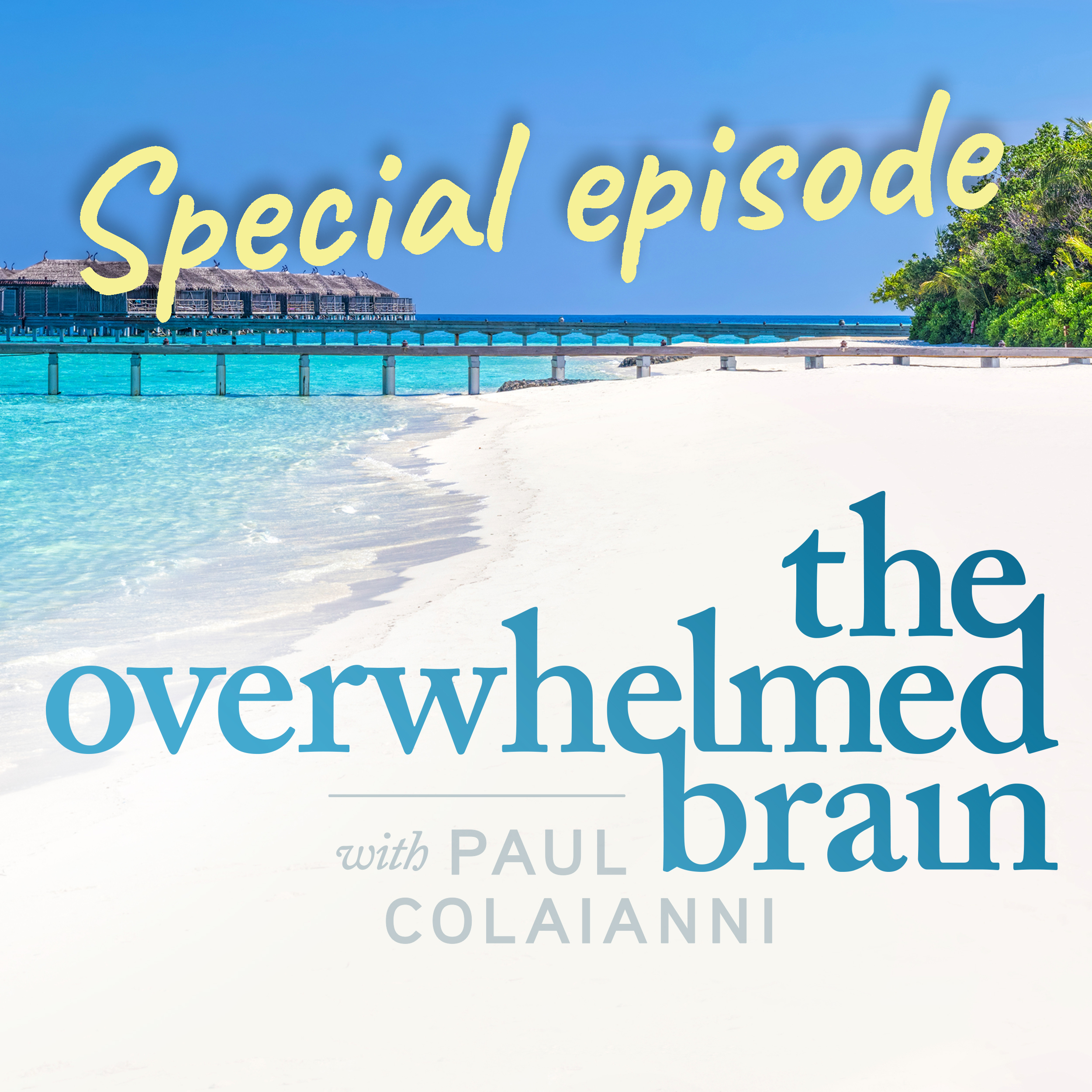 If you have ever dealt with body image issues, this is an important episode that addresses the subject of someone who lost over 100 pounds and learned that people treated her much differently afterward,

She was living the life she always wanted until she realized it wasn’t only the pounds she lost. She lost something a lot deeper. And happiness didn’t last.

This is a special episode of The Overwhelmed Brain where I introduce you to an amazing podcast called A Slight Change of Plans. I’m going to play you a segment from one of their episodes that I believe has a powerful life lesson for all of us.

END_OF_DOCUMENT_TOKEN_TO_BE_REPLACED

I was chatting with a client recently and told her that over the weekend, I drank a soda. This may not be a shock to you, but it was for me because I haven’t had a soda in about twenty years.

I was at a horse farm with my girlfriend enjoying some time away from home, and this craving came over me. I really, really wanted a soda.

Every time I’ve tried to drink soda in the past (after I quit soft drinks), I got an instant headache. This was a blessing when I was getting off my soft drink addiction because it made the cravings a lot easier to reject.

END_OF_DOCUMENT_TOKEN_TO_BE_REPLACED

Segment one: Bad habits can be hard to change or moderate, but there are small steps you can take to make it easier to change a bad habit into a good one, or at least, a little less “bad”.

Segment two: I received an email with a heartwarming story of inspiration where someone finally realized she had a choice – and she made that choice! It was empowering and needs to be heard by anyone who feels there’s no hope for them.

Segment three: I talk about Jared Fogle, the former Subway spokesperson who is now being charged with possession of child pornography and sex with minors. Once a hero to many, now a symbol of shame.