Do you make decisions based on what’s in alignment with the highest intention for yourself, or do you make them based on fear?

One path almost always leads to turmoil and the other leads to getting what you want out of life almost every time.  Fear-based decision making is the topic for segment one in today’s episode. END_OF_DOCUMENT_TOKEN_TO_BE_REPLACED

Jealousy is a multi-faceted beast that can motivate you to say or do things that you may not normally say or do. It involves many emotions and can run (and ruin) your life if you don’t address the real reasons you get jealous.

Sometimes a fantasy is created in your head and you become jealous based on what may not even exist. Other times, there is hard data to prove that what you’re jealous about is real and should be investigated further (or acted upon). Is there a good reason to get jealous?

Is there a way to heal from this feeling? I drill into jealousy quite a bit in this episode.

In segment two, I read a letter from someone who asks why the holidays bring out the worst in people. So many families get together and so many of those get-togethers can be quite dysfunctional. Is there that one person in your family that just seems to ruin the moment?

It can be hard to honor yourself in front of people who’ve known a version of you all their life, especially when you’ve done a lot of inner work. Can you be in integrity with yourself even in front of your toughest crowd: Family?

During the conclusion of the show, I talk about a letter that I received from someone who takes responsibility for his father’s debt because he believes if he hadn’t been born, his father wouldn’t be in debt. So he now holds the guilt of being a burden to his father. That sounds like something we need to heal right away! 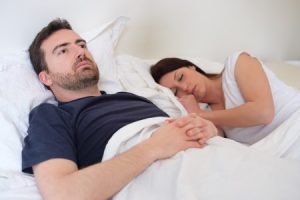 Infidelity can be one of the most painful experiences you can have next to losing a child. The pain that is created from the betrayal is nearly unbearable and much healing is needed afterward, whether you stay in the relationship or not.

In this article, I talk about one sign you need to pay attention to most when you suspect cheating in your relationship. Then after an affair is found out, the emotional wounding that takes place will need mending and healing.

END_OF_DOCUMENT_TOKEN_TO_BE_REPLACED

What listeners are saying…

“I purchased the MEAN workbook some months ago and it really helped clarify my situation.  It is a very helpful resource and I read through it often to get back on track again”